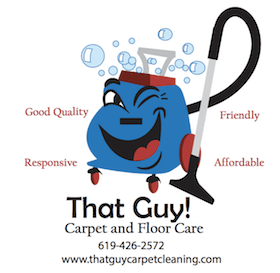 • Eliminate odors don’t cover them up

• Produces the high volume of ozone necessary to eliminate even the worst odors!

Ozone: How it works

Serious odor problems from smoke, mold, mildew, bacteria, rotten food and pet waste to name a few, are even more of a challenge to eradicate in humid climates like we have here in San Diego. Odor elimination using ozone generators is the most effective way to treat stubborn odor problems. Ozone is a molecule made up of three oxygen instead of two, like oxygen you breath everyday.

The extra oxygen molecule makes it unstable, so it interacts with odor molecules and literally disassembles them. It quickly and permanently destroys the odors, it doesn’t just mask them. After oxidizing the odor molecule ozone simply reverts back to oxygen.

Producing high volumes of ozone is the key to effective San Diego, CA odor removal using ozone generators. The areas being treated must be soaked with enough ozone to seek out and react with all of the odor molecules. Small machines that can be purchased for a few hundred dollars may be enough to treat a small area like a closet, but would totally be ineffective in treating larger areas. The small amounts of ozone produced would be reverting back to oxygen before they would even get to most of the odor molecules.

Our commercial equipment produces large columns of ozone quickly to seek out and destroy odors and to continually replenish the ozone that is reverting back to oxygen. Keeping the area “soaked” in this way provides the quantity of ozone needed to seek out the odors and the time for the odor to seep out of porous materials and be destroyed. Ever wonder why the air smells so clean and fresh when you walk outside after a thunderstorm? Lightning is natures ozone generator. The high voltage surging through the atmosphere produces ozone from the oxygen in the air. The vast amount of zone it produces oxidizes the odor caused by industrial activity and leaves the air smelling fresh and clean. That pleasant familiar “After the storm smell” is actually the smell of the remaining ozone produced in the storm that hasn’t reverted back to oxygen yet. Treating odors with ozone produced from ozone generators does the same thing on a smaller scale. The electric voltage produced in the generator creates the ozone from oxygen which oxidizes the odors in the atmosphere of the building being treated. Ozone is nature’s odor eliminator.